« Back to MR News

"Retake Baranow" mission released for IF

Cybermat47 has released "Retake Baranow", a mission for vanilla IF.

This is a mission I made for IF. You're in a German platoon tasked with retaking Baranow in order to disrupt Soviet operations. 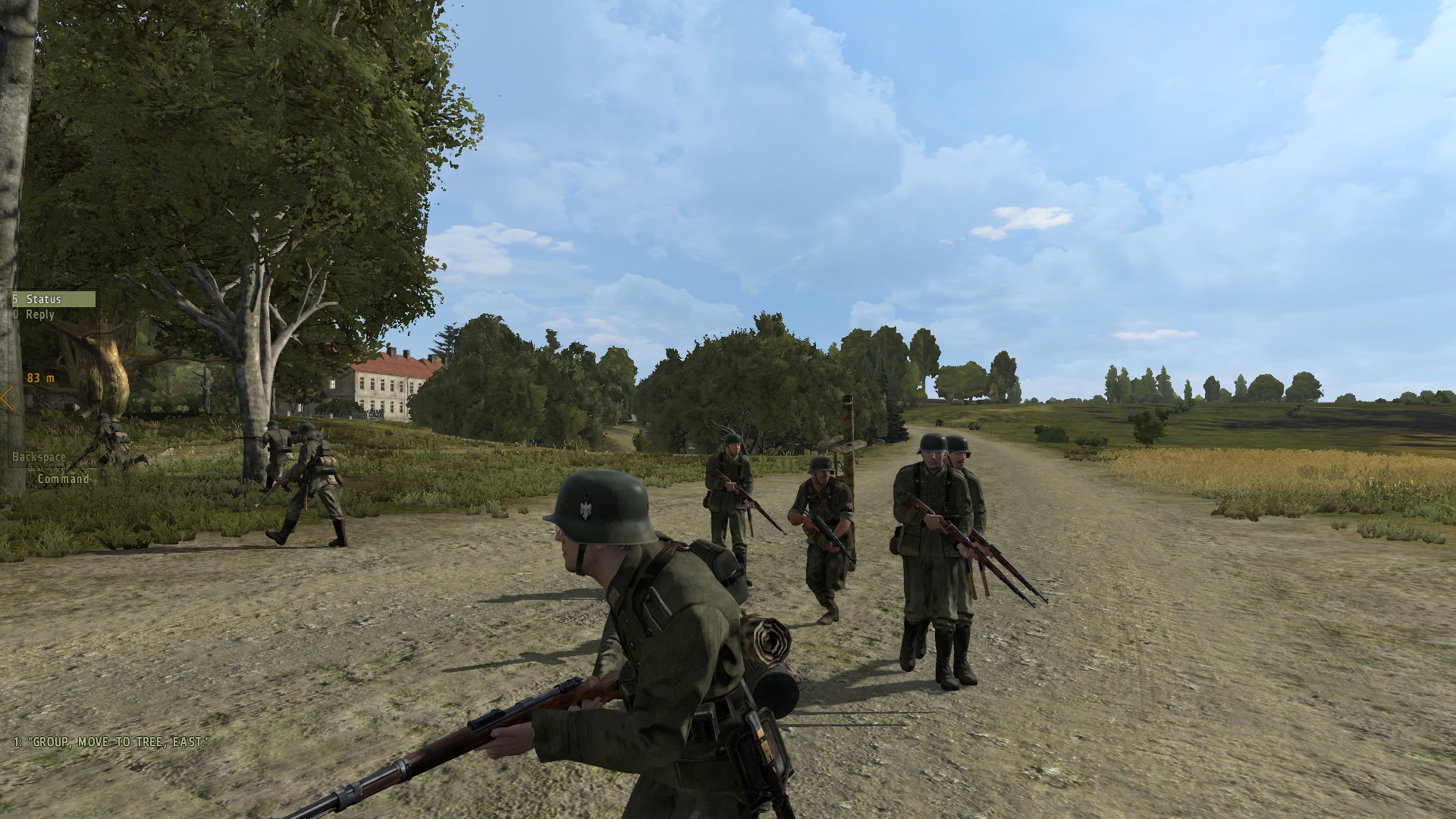 A new Singleplayer mission has been released, this is part 1 of a beginning campagn.

This mission was built by Panzerkreil

You can get more information on the mission here on the IF Fan fourms thread for the mission.

Why is the mission file so big? See the thread link above and it will explain whats in it.

Note: this is a mission for vanilla Iron front! so it contains an .IFA file.

A new Mission released by HaZZard 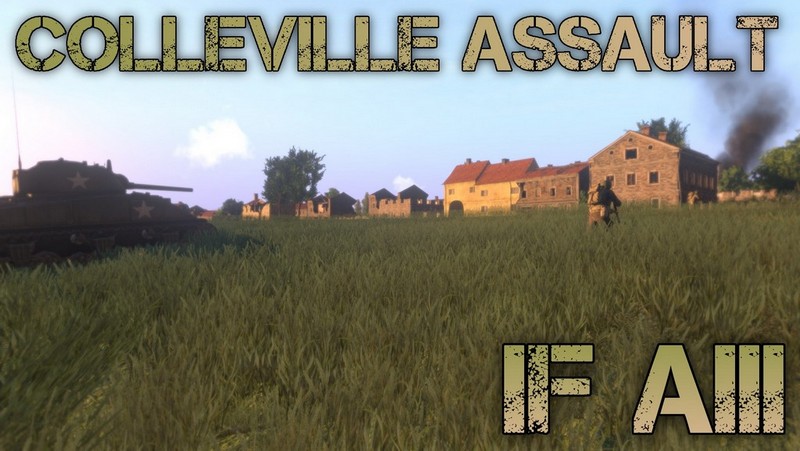 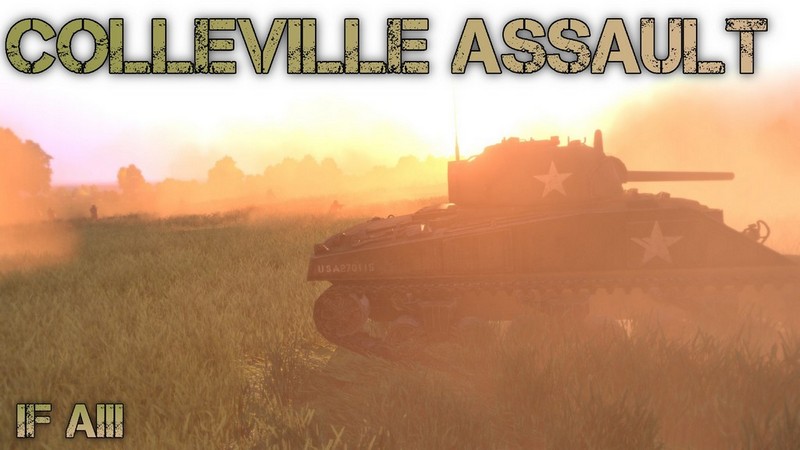 Platoon level combined arms mission, your duty is to take the strategical town of Colleville.

I really recommend you to play this mission at a difficulty level of not below veteran, otherwise all the orienting part and realistic features will be missing, making the mission too easy and ruining the atmosphere of costant peril that real soldiers faced back in WWII.

!MOD REQUIRED! last version of Iron Front on A3

This mission requires that you have the Iron Front and the D-Day DLC mods for Arma 3 (either full or FREE lite versions) installed to play this.

Your tasks are to move from the beach area to clear the 4 forward locations of enemy forces. Then move to the village area to destroy enemy assets. Including 3 PAK40s, tank and a radio mast.

Your Team and Resources:

In this CO-OP/SP mission, you play a US 15 man combined arms assault team, operating on the normandy, France area in 1944, fighting German forces.

The team consists of a 9 man US Army squad. In addition, there is a sherman tank, with 2 playable slots, which infantry can ride on the back if required (under high command if needed).

There is also a 1 man flyable P47 support aircraft, with service assets near its airfield. (under high command if needed)

Furthermore there is a 1 man playable mortar/artillery team, whom also have access to a towable anti-tank if needed. (under high command if needed).

Lastly, there is a 2 man sniper/spotter team, for recon' purpose and elimination of HVTs. (under high command if needed)

The FOB, has weapon crates, including a limited virtual ammo system box, explosives, back packs, static weapons and limited, none respawnable vehicles, including a halftrack.

Enemy forces consisting of elements of Waffen SS and Heer, are operating a defensive strategy in the AO. Expect upto 2 companies in the AO, with an extremely well defended area around the village, including 3 PAK40 anti tank guns, several MG42 nests, mortar, entrenched infantry and a tank of unknown type.

It's important to note here, that only the team leader, of Sadist squad, has both Zeus control of Iron Front in Arma 3 assets only and has radio support control of artillery if they feel that the mission needs this support.

Also, please note that, at the spawn starting point, players have the option of para-dropping into a selected map position if needed.

When players die, they will respawn back at the US starting base.

Finally, the mission admin/lead when logged in, can change the mission parameters to suit their needs. This includes AI caching at different distances to help with game performance.

Iron Front Mod in Arma 3 by Kju and his team.

Please enjoy the mission either on your own in SP using the high Command system for the other assets or with other coop players.

Or Visit the Steam Workshop Page 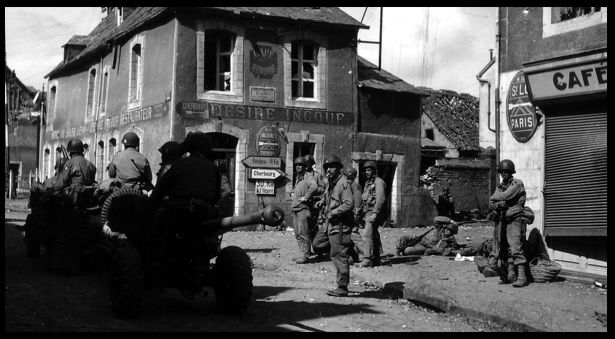 The Battle of Carentan was an engagement in World War II between airborne forces of the United States Army and the German Wehrmacht during the Battle of Normandy. The battle took place between 10 and 15 June 1944, on the approaches to and within the city of Carentan, France.[1]

The objective of the attacking American forces was consolidation of the U.S. beachheads (Utah Beach and Omaha Beach) and establishment of a continuous defensive line against expected German counterattacks. The defending German force attempted to hold the city long enough to allow reinforcements en route from the south to arrive, prevent or delay the merging of the lodgments, and keep the U.S. First Army from launching an attack towards Lessay-Périers that would cut off the Cotentin Peninsula.

Carentan was defended by the 6th Parachute Regiment, two Ost battalions and remnants of other German forces. The 17th SS Panzergrenadier Division, ordered to reinforce Carentan, was delayed by transport shortages and attacks by Allied aircraft. The attacking 101st Airborne Division, landed by parachute on 6 June as part of the American airborne landings in Normandy, was ordered to seize Carentan.

In the ensuing battle, the 101st forced passage across the causeway into Carentan on 10 and 11 June. A lack of ammunition forced the German forces to withdraw on 12 June. The 17th SS PzG Division counter-attacked the 101st Airborne on 13 June. Initially successful, its attack was thrown back by Combat Command A (CCA) of the U.S. 2nd Armored Division.

please feel free to post bugs - so this is my first mission I build...

- you are leader of a platoon who storms carentan

- support by 4x shermans - hold the line, until they arrive!

Simple Patrol Missions 009 and 010 - close quarter in the forest

The enemy has been entering the forest in the late afternoon and ambushing our troops. Your task is to enter the forest, seek out the enemy and destroy him.

We must dominate the forest!

This is close quarter combat so all troops on both sides have sub-machine guns with plenty of ammo. All troops carry plenty of grenades.

You have a mortar in support but your enemy does not!

Follow the waypoints and friendly troops are awaiting at the end.

Good luck! The fighting in close country is difficult!

Description:
Mission based on the stories Sirotinina Nikolai Vladimirovich. You will alone cover the retreat of his regiment.

"one soldier in the field" Today I publish my SP mission "Operation scrap metal". You play an German soldier with the orders to destroy hostile tanks and guns and to kill three hostile officers behind the front line.

For playing is recommended the Iron Front version 1.05. The D-Day Addon is not required.

Degree of difficulty: medium - high (Depending on way of playing and tactics) The playing time can be up to 2 hours.

Language: German (in the english readme, you find all tasks and some gaming tips in english)

Unusual features: some new Explosionssounds, a Track arranged by myself which is played after fulfilment of all tasks, Scripts

A special gratitude goes to the beta testers Holger aka Onkel Bo and Jeremias aka _jer of Combined Arms as well as to Andy aka Mr. Burns of armed-assault.de!

Santa Six has updated his mission Dawn of the Messenger, an Iron front 2012 Competition Mission.

Play as a downed Russian Recon Pilot. On the search for a radio and a way home.

Dawn Of The Messenger

Can be found under Singleplayer 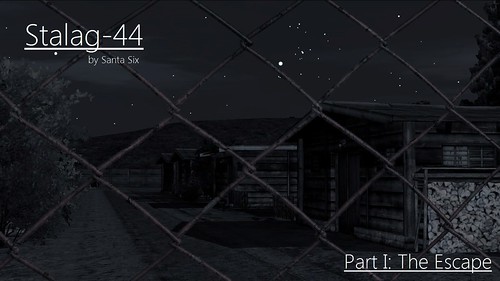 Escape from a German POW camp and steal a Stuka.

Contains elements of light stealth and scavenging.
This is part 1 of 2. Part 2 will be coming soon as a co-op mission

Apon all my work this past weekend and the energy I have to put forth to updating and fixing the site in various areas, I have finally got around to uploading and listing missions that I had collected from the the Iron front 2012 Mission makers Competition.

The majority of the missions listed in the competition had been lost except for about 6 of them, as there were no

A new singleplayer mission has been added to the Iron Front SP section.

Mission can be found under Iron Front Singleplayer, and on the map Panovo

Link for more info is listed next to download, (some reason i cant get link to info to work on this post)

The beginning of a possible SP campaign mission. I put a lot of focus on creating atmosphere in a Mission: on that note, I would say the mission is quite dark and chaotic and frightening. You play a Soviet private who has lost the rest of his group and must retreat back to a position in order to recuperate....(mount a truck at the waypoint to end mission)

You can find the mission under Singleplayer.

a Singleplayer mission on the map Panovo.

Mission can also be found under Singleplayer

Notes: There are some missions already that have either sp or coop versions of them,

In this mission you will be playing as the Sturmer's. Your unit has been dropped behind Soviet lines late at night, with the intention of attacking and destroying a HQ and its staff. You can optionally locate an ammobox which has dropped somewhere near the LZ for some extra firepower.

This mission has been designed so it can be played solo, or with up to 6 other friends, no respawn has been included, and uses the BIS first aid modules.

Mission can be located under SP missions, and under the coop missions pages

the missions are located under singleplayer on the menu.