You can get these new missions on the offiicial campaign page here:

The IFA3 Lite Team have released a v23 of the IFA3 Lite Preview, the "Blitzkrieg Update".

The IFA3 Lite Team have released a new version of the IFA3 Lite Preview, the second hotfix for v22.

Preview v22 hotfix 2 is out

The IFA3 Lite Team have released a new version of the IFA3 Lite Preview, the first hotfix for v22.

Preview v22 hotfix 1 is out

7 new missions and 2 new mods have been added to the MR Workshop Collections.

The GEIST Team have released v3.2.0 of GEIST for IFA3 Lite

We are pleased to announce the release of our new version 3.2.0 of the GEIST for IFA3 Lite.

We also add many new contents in this version. Below is a non-exhaustive list of changes:

ALL : Fix hatchback operation without scripts for ZIS5, GMC353 and OpelBlitz
ALL : Add national weapons.
ALL : Add translation of vehicle names in English
ALL : Fix voice depending on factions
ALL : Add new flags.

The IFA3 Lite Team have released a new version of the IFA3 Lite Preview. The long awaited Airborne Update.

I am delighted to announce that, as planned many weeks ago, the Airborne Update is now ready and available to the general public.

We're finally here - after 8 months of work as development started in October 2016. The Airborne Update represents thousands of commits on our Git repositories and countless days of intensive work to provide you the highest quality content as we could. After this long and intensive journey I'd like to thank all team members involved in this special project as well as members of this community who assisted us at every level: from development to continuous support, motivation and sneakycomments on our Discord leading us to this release day!

Take a look at the highlights and changelog below while you are downloading.

The IFA3 Team and I hope that you will enjoy this release! Get your gear ready, we're jumping tonight.

Major Mayhem released an update to his famous Sturmtroopers Series a campaign built for Iron front: Liberation 1944, in this update 6 new missions were added to the series, totalling 29 missions in the campaign. Campaign is for Coop play but can be played in Singleplayer. See the MR page for download and more details.

See the release thread for details and videos.

Preview v20 is out

This is mainly a maintainance update but also an unplanned surprise from our audio designers.

• Added: PhysX simulation halftracks (fixes also the crash from collision with another PhysX object) thanks to Shvetz, El Tyranos, as well as some advice by RedPhoenix and reyhard!

• Fixed: groups to work again in ZEUS (assigned side to individual groups as workaround - BI fix it! ).

The Ragnarok '44 mission series has been updated. Some new missions have been added.

I been working on videos and porting some new missions all sunday/monday morning, and here they are:

Also I should have a new "How to build your own Ragnarok'44 Missions" video tutorial coming Tuesday as well, this new vid is an updated version of the previous one,

with more detail, and its a new version because of the recent update to the mission mode, so stay tuned!

See the release thread for details and a changelog.

Preview v16 is out

This update contains a hidden surprise - much kudos to canukausiuka and GuyThomas!

for their assistance with this update!

The Ragnarok '44 mission series has been updated. A new mission, "Battle For Staszow" has been added.

See the release thread for download and more details.

Capture and defend the city from the Soviets, and eliminate their base!

Mission ported from Ragnarok'44 from the IFA2 version.

I am no longer supporting or hosting the files for the full converted verison of IFA3, or the vanilla patches for IF,they have all been deleted, and pages on the MR here have been deleted, I dont have them, and dont ask, where you can get them,or for my help in setting up and installing full IFA3.

I'm happy that I was able to help the community for those couple of yrs but IFA3 Lite in my opinion is just better and worth the time, full version is nothing but a frustrating headache, so lastly get IFA3 Lite.

A new version of "Ragnarok '44" for IFA3 has been released.

See the release thread for download and more details.

After several months, Rydygier was able to get some freetime to Fix/update the issues in the mission.

please note that there may still be some issues with the mission/mode so if you think you have run across any please report them on the release thread!

- Red Icons for soldiers (circle), transports, halftracks, and tanks (sideways diamond) for the enemy dont show on map when your forces see them nearby

Hopefully fixed. In fact, base managing AI was redone in some parts, for better, I hope.

- Enemy AI seems not aggressive enough, and or doesn't not deploy enough forces

when AI may stuck during flag taking progress

(when for any reason further flag is taken before actual targeted flag, reasons stay unclear so far).

- player incarnated as driver before when he gets into a tank, now incarnates as Commander, which will give you command and access to all other seats

- Crows & flies over dead bodies to save performance.

Missions with all Changes/fixes & updates applied

See the release thread for the download, install instructions, and more details.

"Hello guys!
Finally I finished my remaked Stalingrad Central template in Grozny (deadcity) island for Arma3. I tried to made it as real as possible in this game. Real streets, buildings, objects places using by old maps and photos, forums. You dont need download million addons like in Arma 2 version to run it. I made it simply. Just follow the instructions. :" 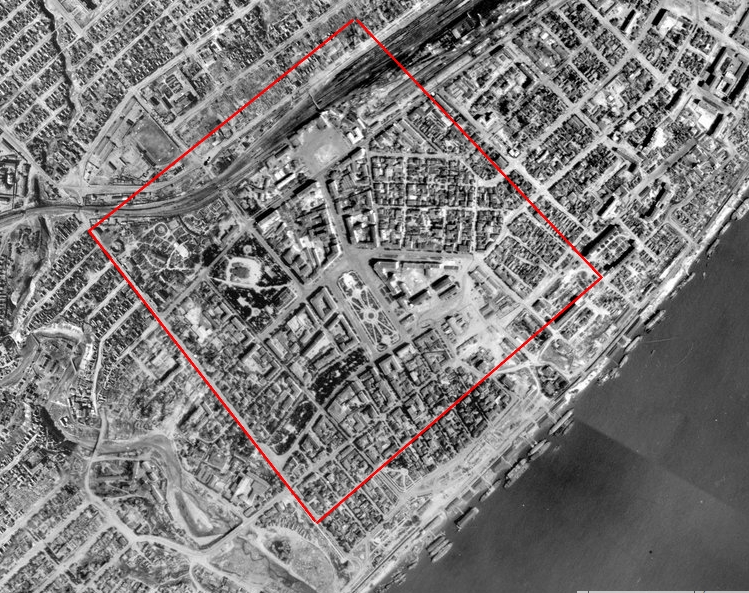 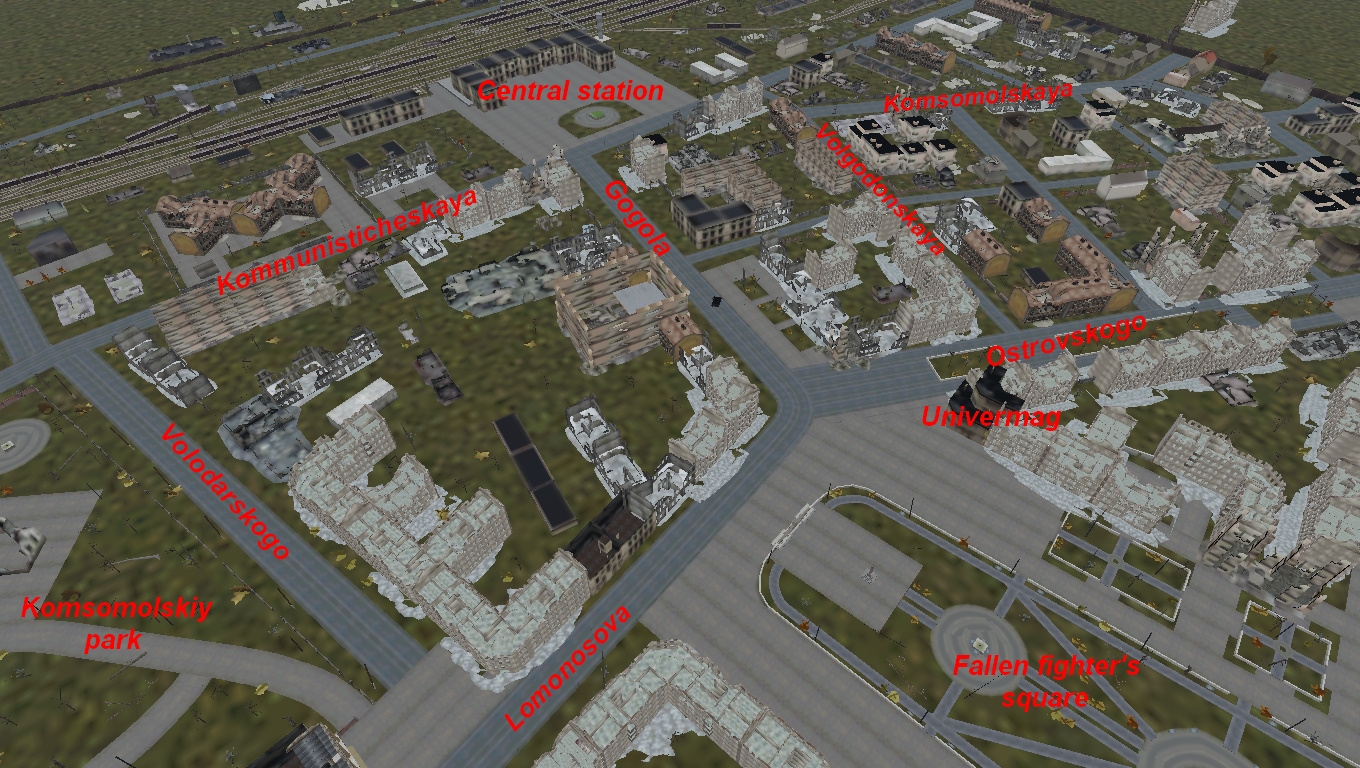 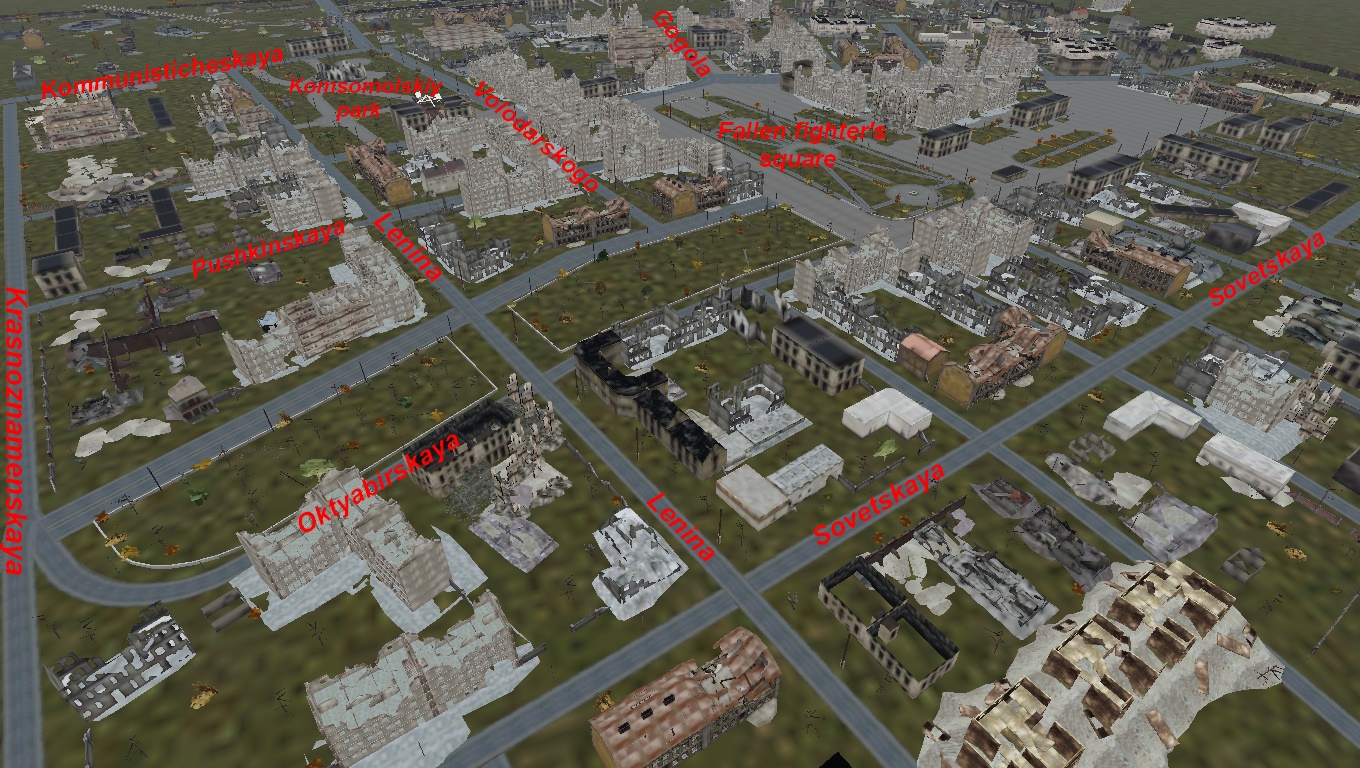 Gunter Severloh has released a new version of IFA3WarMod

I am happy to announce the release of the new rebuilt version of IFA3WarMod.

a rundown of what this new version is:

Rebuilt from the ground up

contains most of the existing mods from the previous latest version 1.13 (1.12 w/patch 1.13 applied)

updated, and new readmes with a different approach for providing info on whats in the mod, more simpler imo

latest versions of all existing mods, tweaked for those with a userconfig

all content which is the: (infantry weapons, tanks, vehicles, static weapons, ammo boxes) were removed

IFA3WarMod v1.14 is massive addon & mod customizable compilation mod of gameplay features and functions if you want the new content get my IFA3WarModSA version which is only the content

Alot of time was spent in testing this, and theres probably more testing that can be done.

Aside a few noted mods that may cause a performance issues, those issues can depend on the user's computer and what their playing, so it will vary from person to person.

Keep in mind that the mod is modular, so you can remove a mod/feature if you do not care for it, or is giving you trouble.

See the release thread for details and a changelog.

Preview v15 hotfix 1 is out

Updated link to mega and google in the first post.

Steam and withSIX are already updated.

See the release thread and Armaholic page for more details.

US Sound pack for Iron Front mod for ARMA 3

Lennard has released his weapon pack for IFA3 Lite and it is now hosted on the MR under IFA3 Addons & Mods, description below.

This addon will add 13 World War 2 weapons to your IFA3 LITE:

All weapons can also be found in a Ammobox in the form of a German Fallschirmjäger Drop Canister.

You will need IFA3 LITE for this addon to run.